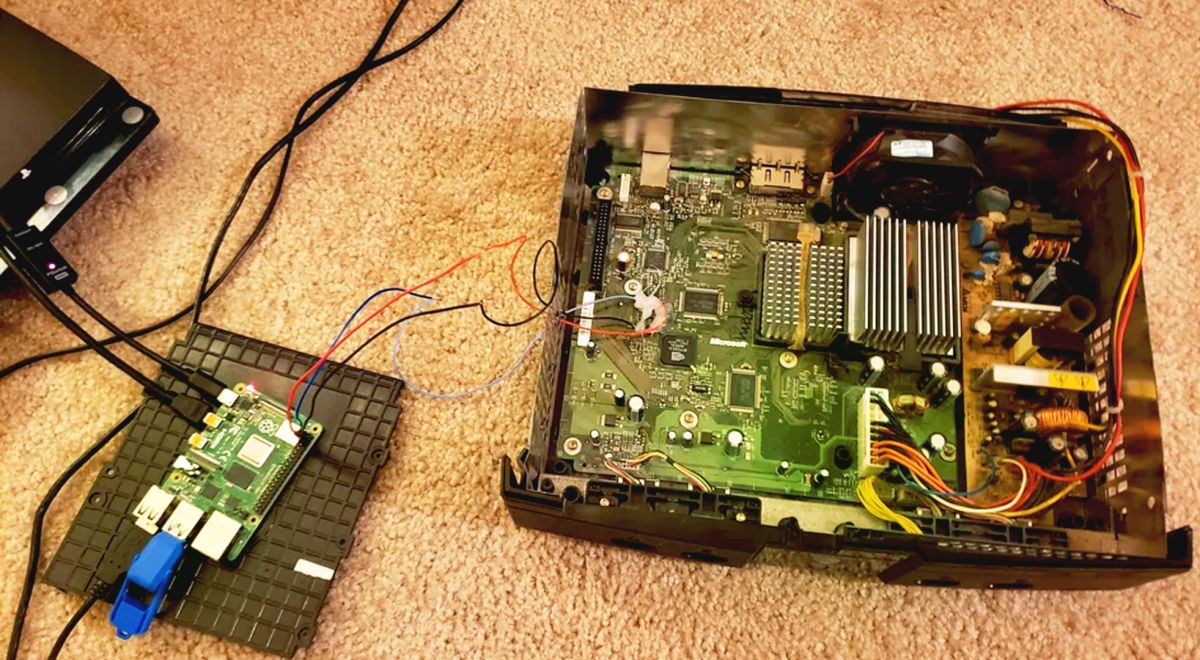 The original Xbox came to North America in 2001, so it’s not surprising that someone who still has the console would have some issues. From aging controllers to broken hard drives, 19 years can be hard on a gaming console. Reddit user Supahmarioworld was up to the challenge, however and managed to repair a broken $10 Xbox using a Raspberry Pi.

Heads up! This mod may not be legal depending on where you live. Double-check all applicable regulations before you delve in to recreate it.

The biggest obstacle was the need for a hard drive replacement. The maximum storage capacity for original Xbox consoles is between 8 – 10GB. However, Xbox hard drives can’t be swapped without using the proper eeprom.bin file,. That’s where the Raspberry Pi 4 comes in.

Supahmarioworld connected a Pi 4 to the Xbox motherboard using 3 wires. The maker used the Pi to run PiPROM, a program designed to read and write original Xbox EEPROM chips. This process should work with any Pi, but Supahmarioworld managed to pull of the operation with a Pi 4.

The main purpose of the  project was to safely swap hard drives on an original Xbox. It’s no Xbox Series X but provides the tools and resources necessary to breathe a little life back into some old-school hardware.

Check out the full thread for more details on resurrecting an old Xbox, and be sure to follow Supahmarioworld for more cool projects.